Mohammed and Jesus their own glossy!
But ‘Charity Galas Imans’ nearly a step too far! (Hate does not sell yet in the free market)

Is this, after Crusades and Jihad to the truth of their gods and prophets, for Christians and Muslims the start-up for their innovation / modernization / relativisation of their source and for freedom in the choice of their faith?

Religious believers as consumers of products, perhaps as shareholders with participation on the most cost effective sales pitch?

Mass communication, advertising and the market-based ‘ customer friendly ‘ sales techniques will tolerate misleading information but lies will inexorably be punished!

From Nike to Adidas ‘, from Christian to Muslim and vica versa. ‘Peer to peer’ competitive communication based on equality!

The shopping believer switching to the best and most free. 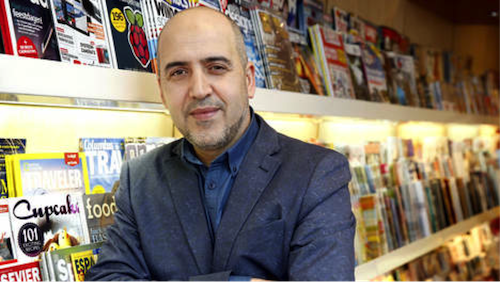 Brahim Bourzik, Editor in chief of the Moslim Newspaper.

He has a bad reputation in the Western world. That is why the Prophet Mohammed soon gets its own glossy, released by the Muslim newspaper. Editor-in-Chief Brahim Bouzik tells.

In the glossy Mohammed also comes a regular cooking column with the favourite dishes of the Prophet.

What’s the  reputation of Mohammed?

‘ Many people see the Prophet as a misogynistic, bloodthirsty pedophile. I do not agree. I see our Prophet as a very sweet, gentle man, who was also very sexy. ‘ The Prophet is sexy? ‘ Very sure. When you have so many women can hold, you have anyway of damn come. I can’t even maintain one woman, he had nine. And what about nine women well with an ugly man? George Clooney would definitely jealous of him. That comes with his looks not even close. ‘ He is thus seen as a sex object.

What do Muslims think of the glossy about their Prophet?

‘ The most comments I get, are positive. I think we can come at just the right moment, given the developments in Netherlands and in the rest of the world.

On what developments I refer?

Growing hatred of Jews, Syriëgangers, radicalisation, the attacks in Paris. ‘ ‘ I speak many parents in the mosque who are afraid that their children are being indoctrinated by radicals, which play them through videos on YouTube and on forums. If you have enough information, I’m sure that young people start thinking otherwise. ‘

‘ We want to show our children with the glossy who Mohammed was real ‘.

A lot of people know, for example, not that he had a Jewish woman, so that Jews hate nothing to do with islam. “

Mohammed was also no pedophile, as Geert Wilders always says? “I understand that the Dutch think that the Prophet was a pedophile. Muslims must not to be angry. They should say: you are right. One of his wives, Aisha, was underage. If he would live now, is that just paedophilia. The only question is whether the us further helps in the discussion if we continued to appoint. ‘

There are actually also cartoons of Jesus in the glossy? ‘ No, we don’t. We are no Charlie Hebdo. We are called to see if we can do something with cartoons, but that are certainly not cartoons. ‘

And what can we expect?

‘ Columns, interviews, a cooking section and much more. With 63 pages, as old become the Prophet. The launch is in June, just before ramadan. ‘

Jezus got his own glossy! Maarten Hafkamp | 6 februari 2015 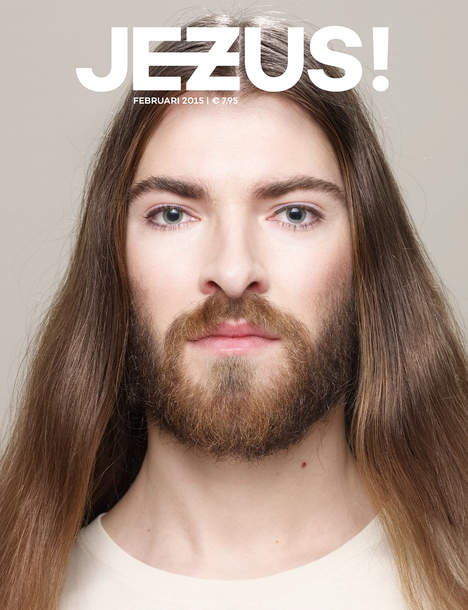 After Linda, Wendy, Maarten and Youp gets ‘ the most famous person on Earth ‘ also a one time glossy.

Editor in Chief Arthur Japin granted ‘ out of pure curiosity and craving for the incongruous ‘ his cooperation. He discovered things about Jesus that he did not know and traveled for the sheet down to the Negev desert in Israel. It was supposed to be there ‘ requested ‘ to be like Jesus, and it did: Japin came in the middle of a military exercise right. ‘ This is so religion: peer pressure and violence ‘, he concludes in the main article. And also: love and forgiveness to the extreme is the only thing that can save the world.

Psychiatrist Bram Bakker wrote for the glossy an article on the benefits of forgiveness. Further discusses the leadership qualities of Jesus and Tailor Am Leo blokhuis let the influence of Jesus see in pop music. Photographer Hans Aarsman discusses Da Vinci’s last supper.

Spread through the leaf pictures of the ground where Jesus has literally able to walk. Via the app Layar the reader gets there on the most beautiful places of Israel.

The cover is part of a fashion report in which persons from Jesus ‘ life on a contemporary way are photographed in second-hand clothes from the Salvation Army. We see Mary as KLM-girl, Thomas as a student and Zacchaeus as ‘ fly-on-the-wall ‘. Jesus! is an initiative of four people who own Christian ‘ and the image many people have of Jesus, who would like to brush up on and adjust ‘.

They have mainly worked with not-believer writers, designers and photographers, to most likely to a surprising end product. Arthur Japin: ‘ it’s not what you expect. Believe me ‘. the glossy is today available in kiosks, supermarkets and bookstores.

The charity gala in Utrecht goes Sunday finally by.

Partycentrum Luxury, where the charity meeting is held, informed the Organization WorldWideRelief that the guests may come anyway. The Center cancelled the controversial party earlier, municipality and police has given after advice last Wednesday the green light, so let a spokesman know.
At the gala speaks among others the radical Sheikh Assim Al-Hakeem from Saudi Arabia.

Mayor Jan van Zanen wrote Wednesday in response to the Council request that Sheikh Assim Al-Hakeem is at police and justice not known as inflammatory or hateful. , Known as ‘ radical, ‘ is not a ground for resisting a speaker ”, said Jan van Zanen.

So according the municipality the party can continue. The charity gala is organized by WorldWideRelief, a foundation that raises money for humanitarian causes in the Middle East.

According to the municipality, its previous Foundation meetings went smoothly. Also, not shown that collected money with the fight is supported.

Utrecht has also had consultations on the party with the National counter-terrorism Coordinator and safety (NCTV), says Mayor Jan Van Zanen. 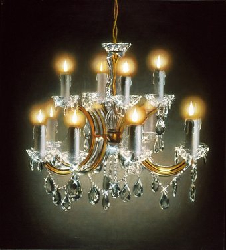